HOME > Cabrera, A National Park In Our Backyard

Cabrera, A National Park In Our Backyard 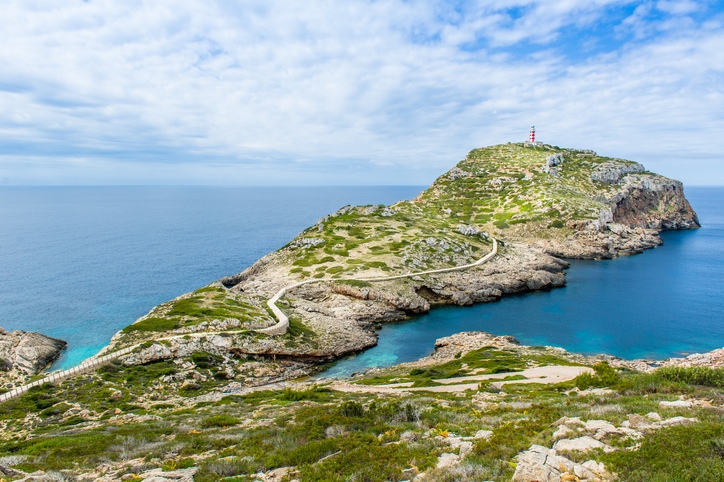 A national park in our backyard.Just over an hour’s sailing from Mallorca, stands this spot that boasts a considerable wealth of nature.The Cabrera Archipelago national park is situated to the south of Mallorca and is the only one in Spain which is classified as a maritime-terrestrial park

the group of islands and islets which comprise it are noteworthy for housing one of the most important bird colonies in the Mediterranean.

Little more than ten kilometers separate the island of Mallorca from one of Spain’s most unique ecosystems.The Cabrera archipelago is made up of one main island, Cabrera, and another 18 smaller rocky islets (Isla dels Conills, Ses Rates, Els Estelle, etc).The surface of this protected area covers 1,318 hectares of Island terrain and over 8,700 hectares of the marine environment.

The history of this small Balearic archipelago is related to the main civilization which dominated the Mediterranean centuries ago, Greeks, Phoenicians and Romans but in at its coasts and used it as a stopover on their trading routes.

The fact it was declared a national park in 1991, has ensured the survival of the best example of an unaltered island ecosystem in the Spanish Mediterranean.

Cabrera Archipelago National park possesses an enormous natural and landscape diversity, capes, beaches, coves and abrupt cliffs make the appearance of the whole archipelago, from the largest to the smallest of the islands.The highest point of Cabrera is Na Picamosques, amazing cliffs which reach a height of 172 meters.the beautiful enclaves of Cabo Ventos (120m) and Punta Ancioia (99m)are next in the order of importance.

Virtually all of the islands are covered by garigue or maquila a Mediterranean scrub with several noteworthy endemisms tragarmoscas (Dracunculus muscivorum),St John’s Wort,“rubia”(Rubia Angustifolia, ssp,cespitosa),Milk Vetch, etc, in total, over five hundred plants species coexist in this ecosystem.

The strategic geographical location makes this island space one of the most important reserves of marine birds in the Mediterranean.both in spring and autumn, over 150 species of birds use Cabrera as a stopover on their long migratory routes.However, many other examples are well adapted to the marine environment and the Mediterranean climate and remain on the islands all year round.Among the birds present in Cabrera are the Audouin’s gull, the Balearic and Cory’s shearwaters the European storm m-petrel or the European shag.A Good number of birds of prey also exist, the osprey,the Eleonora’s falcon, the peregrine falcon, all of which makes this archipiago a privileged area for ornithologists and bird watching enthusiasts.

Among the terrestrial fauna,a number of reptiles endemic to Cabrera and the Balearic Islands stand out among which are several types of lizards and wall lizards, eighty percent of the world population of the Balearic lizards live in the park and these have evolved into a further 10 sub-species which are indigenous to the park.

Cabrera’s deep undisturbed waters are proving themselves an excellent breeding ground for turtles, dolphins, sperm and pilot whales, the carnivores Goby fish, massive fan mussels (some reaching one meter in length)and a colorful array of corrals,it’s quiet situation also makes it an important area for seabirds and birds of prey.

Another of the attractions of the Cabrera archipelago is in the coastal waters which surround its seabeds are the best preserved of all in the entire Spanish coast, with over 200 species of indigenous fish and invertebrates whose habitat is made up of 162 types of algae and other subaquatic plants.In order to witness this unusual spectacle of marine flora and fauna,it is possible to go diving in certain parts of the park with prior permission.Surely a not to be missed experience !

HOW TO REACH THE PARK

The Park can only be reached by boat, Marcabrera run speedboat trips out to the island so there is no excuse to miss seeing one of Spain’s most unique ecosystems.So go on and take the boat to Cabrera’s NationalPark..You will not be disappointed…

The Park’s information office is situated on the wharf itself an offers an environmental interpretation sevice as well as being the departure point for groups who visit the island with an expert guide.

Within the domain of the park we surprisingly discover archaeological sites and other vestiges of great historical value. A 14th century castle is situated at the top of a hill serving as a beautiful back drop for the picturesque port this historic-artistic monument was constructed as a defensive measure against attack by pirates.

Cabrera can be visited at any time of the year, but spring and the months of September/October are the best time.Those visiting the Park with their own boat are required to obtain permission from the National Parks office

At long last, Halloween has finally arrived! From brainstorming spooky costumes to trying out pumpkin carving ideas with our kids,…
29
Apr

Property is a safe house for investors on the island of Mallorca ? COVID-19 has spread at an alarming speed across Europe, hopefully,…
12
Mar